Jakarta, 4 September 2020 – Telkomsel is excited to welcome Disney+ Hotstar in Indonesia which will be available from September 5th, 2020. Telkomsel expresses its enthusiasm by presenting the best choice for Telkomsel customers to enjoy Disney+ Hotstar through special and affordable offers that will give added value. This offer is part of the collaborative initiative between Telkomsel and Disney+ Hotstar which was announced on August 10th, 2020.

CEO of Telkomsel Setyanto Hantoro reveals, “Telkomsel aims to keep moving forward to ensure that high-quality digital services with added values are accessible for all Indonesian society. The commitment is now translated by Telkomsel by collaboration with Disney+ Hotstar to provide the best digital lifestyle experience for customers supported by our advanced broadband network across Indonesia and special offers that would make it easier for Indonesian viewers of all ages to stream various content on Disney+ Hotstar.” 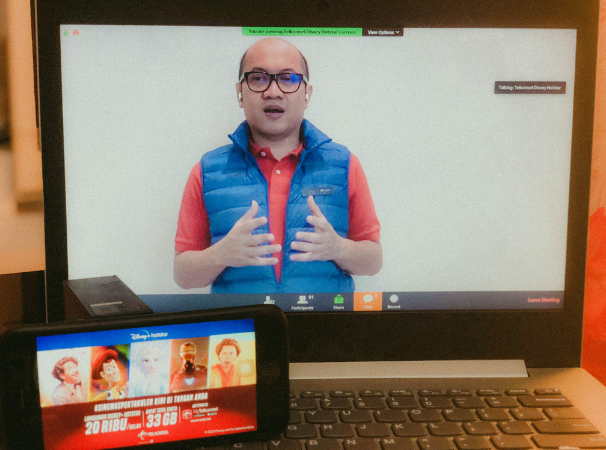 Furthermore, during promo period from September 5th until October 31st, 2020, Telkomsel also specially offers additional 30GB MAXstream quota for 30 days (one time off during promotional period only), which available only through activation from MyTelkomsel app. Finally, all customers can stream Disney+ Hotstar on smart phones (Android and iOS), by web at DisneyPlusHotstar.id and on Android TV, with more devices being added soon.

Disney+ Hotstar will offer Indonesian viewers of all ages a new way to experience the unparalleled content from The Walt Disney Company’s iconic brands and the best of Indonesian entertainment. Beginning September 5, consumers can also subscribe to the service directly from the Disney+ Hotstar website (www.DisneyPlusHotstar.id) or the Disney+ Hotstar app on Android and iOS devices, to enjoy the biggest global and Indonesian hits all in one place, for a subscription fee of Rp 39.000 per month or Rp 199.000 annually.

“We are thrilled to collaborate with Telkomsel, Indonesia’s leading digital telecommunication company, to bring the best digital offerings to all Indonesians. With the convenience of anytime, anywhere viewing, supported by Telkomsel’s leading broadband network, we look forward to subscribers in Indonesia experiencing the magic of Disney+ Hotstar in Bahasa Indonesia with its unparalleled mix of high-quality local and global stories,” said Amit Malhotra, Regional Lead, Emerging Markets, The Walt Disney Company APAC. 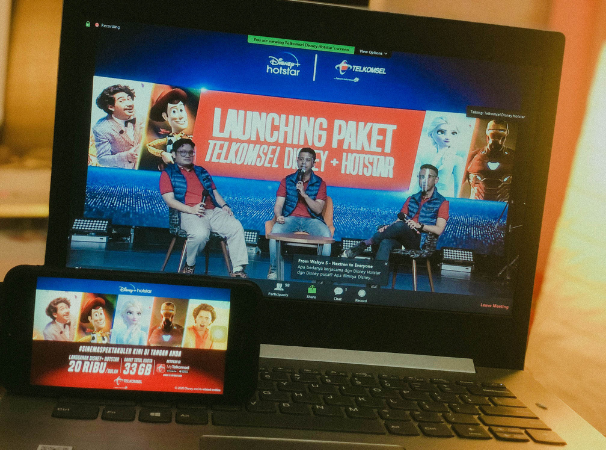 Subscribers can enjoy over 500 films and 7,000 episodes of content from Disney, Pixar, Marvel, Star Wars, National Geographic and more, including exclusive access to highly anticipated Disney+ Originals, such as the first-ever live-action Star Wars Series, The Mandalorian.

As an exclusive offering for fans, a total of 13 highly anticipated Indonesian films from MD Pictures and Falcon, helmed by some of Indonesia’s biggest stars, will release directly on Disney+ Hotstar.  Besides the seven titles previously announced, Disney+ Hotstar will now be the home of the exclusive premieres of an additional six titles from MD Pictures. These films include Sejuta Sayang Untuknya, Denting Kematian, Nona, Di Bawar Umur, Once Upon a Time in Indonesia and Adit Sopo Jarwo - The Movie.  From September 5, subscribers can catch an exclusive premiere every Friday only on Disney+ Hotstar. The 13 films are:

In addition, Disney+ Hotstar will provide access to over 300 Indonesian movies, including some of the Top 10 Indonesian films of all time at the box office, such as Warkop DKI Reborn: Jangkrik Boss! Part 1 (#1 film), Laskar Pelangi (#4 film), Habibie & Ainun (#5 film), Pengabdi Setan (#6 film), Ayat-Ayat Cinta (#8 film), and more. 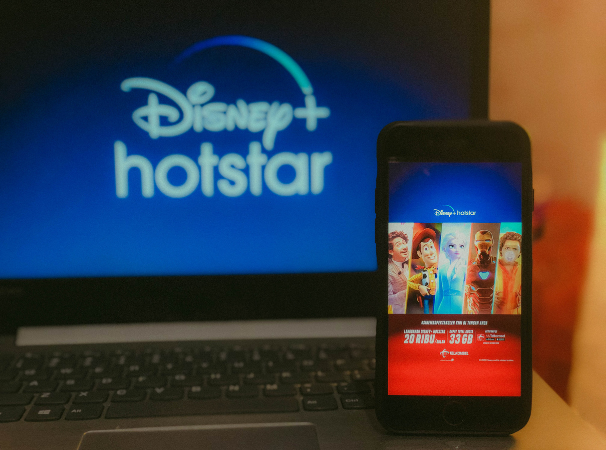 In celebration of the launch day on 5 September, Indonesians can enjoy for free selected titles of some of the biggest super hits from Hollywood, Indonesia and India, including Marvel Studio’s Thor Ragnarok, Disney’s Cinderella (2015), Warkop DKI Reborn Jangkrik Boss! Part 1 , Danur: I Can See Ghosts and Jodhaa Akbar.

Telkomsel also appreciates and fully supports Disney+ Hotstar in providing various content in the country. Therefore, Telkomsel’s collaboration with Disney+ Hotstar is aligned and it has strengthened the role of Telkomsel in advancing creative and movie industries in Indonesia by enabling access to society across the country to enjoy the best content created by Indonesian filmmakers. 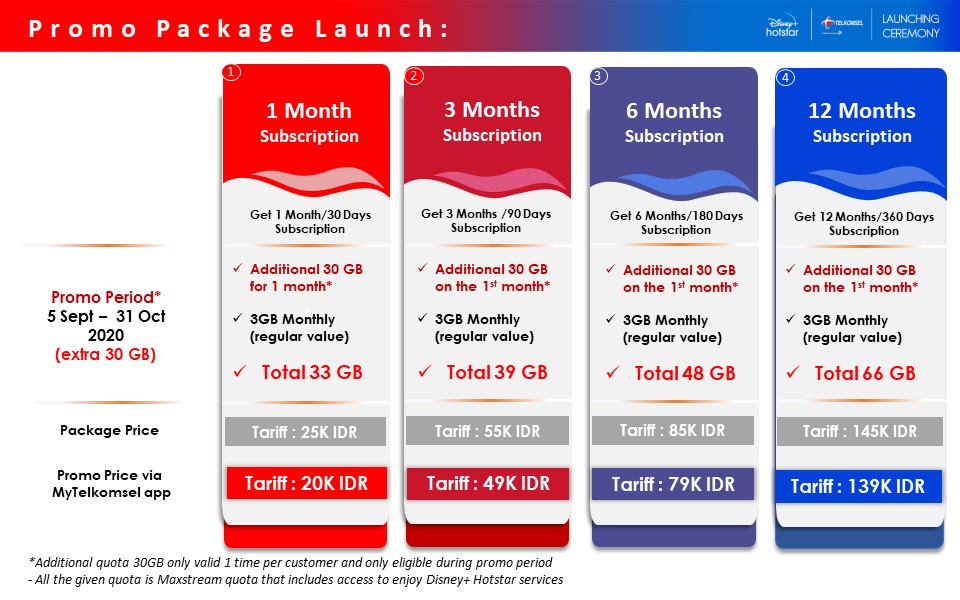 “Through our collaboration with Disney+ Hotstar, we wish to strengthen Telkomsel’s position as ‘The Home of Entertainment’ for all customers. Therefore, we will be able to further strengthen the adoption of digital lifestyle among the society by enabling access to various world-class customer-centric digital entertainment platforms. This effort is a part of Telkomsel’s main commitment as the leading digital telco company that accelerates the growth of inclusive and sustainable digital ecosystem in Indonesia, as well as enabling high-quality digital activity supported by advanced broadband networks available across the country,” Setyanto concluded.