Head of Digital Lifestyle Telkomsel Crispin Tristram says ”Telkomsel’s Dunia Games is committed to always support game enthuasiasts across Indonesia as part of our contribution in advancing esports industry in this country. This commitment is translated into the 2020 Dunia Games League, a reliable platform for both amateur and professional players in channeling their talent and interest in esports in a positive way as well as helping them to become a winning athlete.”

The Dunia Games League 2020 has been organizing PUBG Mobile competitions in 120 cities and 64 universities in Indonesia across four categories Amateur Qualifier, Campus Qualifier, Online Qualifier, and Pro Qualifier. It has attracted 6.820 teams with 34.000 gamers compete in over 2.000 competitions, which result in Dunia Games League 2020’s YouTube content viewed by more than 3.8 million watch time hours and over 20 million views. The grand total prize is valued more than IDR 1,6 billion. 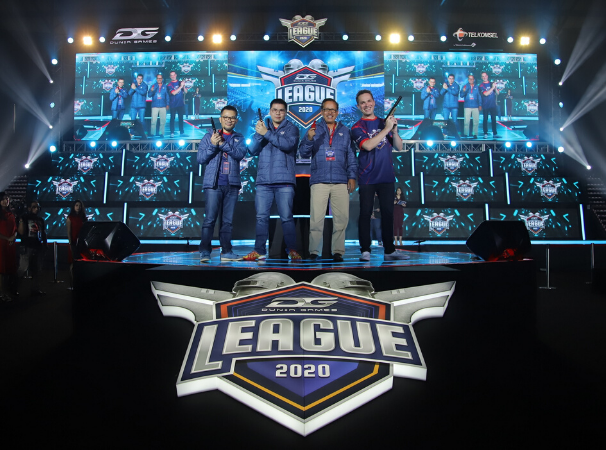 Successfully passed all qualification rounds, 16 top teams compete which is a score-based round to decide the winners. Interestingly, Ladies Match is also organised at this round featuring 16 professional teams which also compete on score basis. Morph Team has won first place with score of 136 points. Meanwhile, on Ladies Match competition, Belletron Ace has successfully winning the first prize after achieving score of 63 points.

“We hope, Telkomsel's Dunia Games will continue to be the most preferred mobile gaming ecosystem that could enable gamers to exchange ideas and thrive. As a publisher, Dunia Games has launched three mobile games including Shellfire, Lord of Estera, and Rise of Nowlin, which have been downloaded for more than 5.8 million times. Dunia Games is also known as a media platform that provide the latest information on mobile games, the gaming industry, eSports, technology, pop culture, live streaming services all can be accessed through duniagames.co.id or on our apps which are available for download through Google Play Store and App Store,” Crispin concluded.