Personal About Us myBusiness 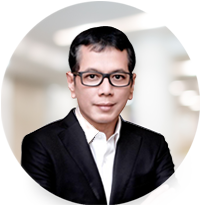 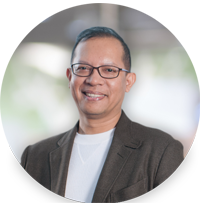 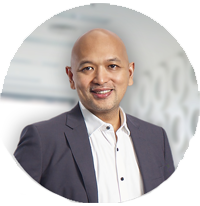 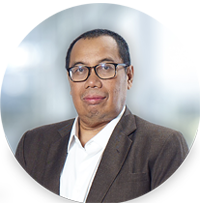 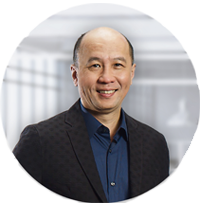 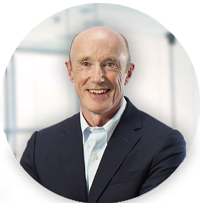 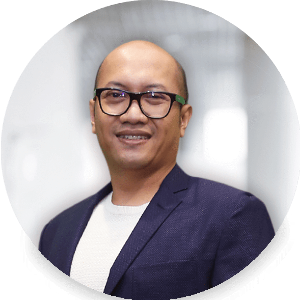 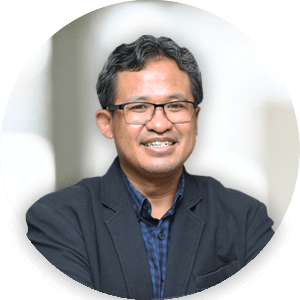 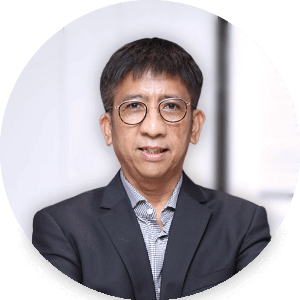 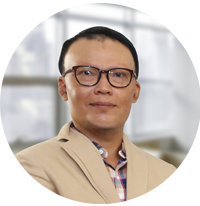 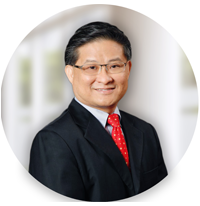 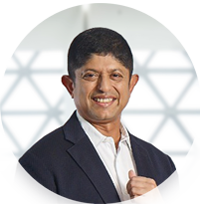 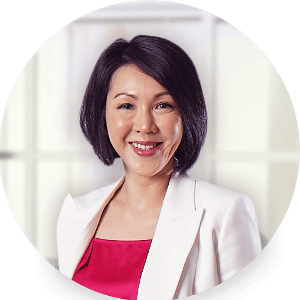 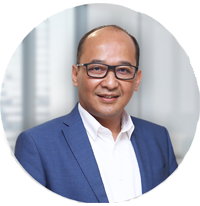 Wishnutama Kusubandio has been the President Commissioner of Telkomsel since February 2021. He was previously the Minister of Tourism and Creative Economy of the Republic of Indonesia (2019-2020).

His achievements in the industry have been recognized through many prestigious awards, such as Indonesia's Influential Person in Creative Industry Awards IdeaFest 2017, Best Digital Talent - Digital Business Leader Bubu Awards Indosat Ooredoo IDByte 2017, The Best Chief Strategy Execution Officer Across All Industries on The Annual Strategy-Into-Performance Execution Excellence (SPEX2) Awards 2016 from Tempo Media Group, The 500 Most Influential CEOs in The World according Richtopia UK 2015, Marketeer of the Year, Indonesia Marketing Champion 2015 on Broadcast, TV, Media category, and The Best CEO from SWA Magazine 2010.

Mr. Heri Supriadi rejoined the Board of Commissioners at Telkomsel in February 2021. Concurrently, he is the Chief of Financial Officer at PT Telkom Indonesia (Persero) Tbk (2020-present) and President Commissioner of PT Graha Sarana Duta (2020-present).

He holds a Bachelor of Engineering from Institute of Technology Bandung (1991), an MBA from Saint Mary’s University, Canada (1997), also a Doctoral degree in Business Management from Padjadjaran University, Bandung (2013). He has attended several executive programs at Harvard Business School, Kellogg School of Management, Euro Money, and University of Auckland Business School.

Mr. Yose Rizal has served as a Commissioner of Telkomsel since May 2017. Currently, he is the Chairman and Founder of MediaWave Group - a big data and digital company, Founder of PoliticaWave - a political social media monitoring and analytics, and an extraordinary lecturer and business mentor for the Master of Business Administration at the School of Business and Management – the Bandung Institute of Technology. He has also been the Head of Digital and Big Data, The Indonesian Public Opinion Survey Association (Persepi) since 2019.

Previously, he was the Business Director of Snoop Mobile Media (2008-2010), Director of Azka Megah Dirgantara (2003-2008), and Director of Bandung Information Technology (2000-2004). He was also the Head of Research and Measurement at Indonesia Digital Association since (2014-2020), Chairman of the Business Data Department at the West Java Trade Chamber (2009-2013), Chairman of the Creative Industry Compartment at BPP Indonesian Young Entrepreneurs Association (2009-2010), and General Secretary of Indonesian Young Entrepreneurs of West Java (2006 -2009).

He holds a bachelor’s degree in urban & regional planning from the Bandung Institute of Technology in 2003. He was also an alumnus of the Indonesian National Resilience Institute (Lemhanas RI) in 2021.

He is often asked to act as a speaker at public forums, lead forums, national media and TV, also national and international seminars.

Mr. Nanang Pamuji Mugasejati has been a Commissioner of Telkomsel since November 2019. He was appointed as a Special Advisory Staff for the Minister of State-Owned Enterprises in October 2019.

He earned a Ph.D. in International Relations from Gadjah Mada University and followed by a double degree (stint) from the Graduate School of International Development (GSID) at Nagoya University, Japan.

Mr. Yuen Kuan Moon has been on the Board of Commissioners since September 2009. He is concurrently Singtel’s Group Chief Executive Officer (2021-present).

In 2003, he was posted to Telkomsel as General Manager of Product Development and appointed as Director of Commerce (2005-2007).

He is a board member of GSMA, Singapore Institute of Management Group Limited and SkillsFuture Singapore. He is also a member of the Advisory Council of the Lifelong Learning Endowment Fund and the Digital Readiness Council at the Ministry of Communications and Information.

He is an engineering graduate with a First-Class Honors degree from the University of Western Australia and holds an MSc in Management from Stanford University, USA.

Mr. Paul Dominic O’Sullivan has been a Commissioner of Telkomsel since January 2010. He has also served as Chairman of Optus since October 2014.

Concurrently, Paul is a Board of Directors’ member of both Australian and New Zealand (ANZ) Banking Group Limited and Coca-Cola Amatil Limited. He is also a Chairman of the Western Sydney Airport Company, a Board Member of The National Disability Insurance Agency (NDIA), and a Board Member of Australian Tower Network Pty Ltd.

He holds a BA (Mod) Economics from Trinity College, University of Dublin, and a graduate of the Advanced Management Program of Harvard University, USA.

Mr. Setyanto Hantoro has served as President Director of Telkomsel since January 2020.

Mr. Leonardus Wahyu Wasono, known as Sonny, has served as Director of Finance since June 2020.  Previously, he was Chief Finance and Business Partner Officer of PT Telekomunikasi Indonesia International (Telin) (2016-2020).

He has vast leadership experienced in the telecommunication industry, particularly in Network Strategy, Network Services and Quality Management, Corporate Planning, Product and Mobile Data, Marketing, Customer Service, and IT Operation.

He holds a Bachelor of Engineering in Electro Telecommunications from the Indonesian Institute of Technology (ITI).

Mr. Nugroho has been appointed as Director of Network since February 2021. Prior to his appointment, Nugroho was Senior Vice President of Business IT Delivery Telkomsel.

Nugroho holds a Bachelor of Engineering in Electrical from Institute Technology Bandung and a degree in Information System Development from the University of Hertfordshire.

Wong Soon Nam has served as Director of Planning and Transformation since August 2020. He has vast leadership experiences in the telecommunications and technology industry for more than 20 years.

Soon Nam has also held several important positions in various organizations and institutions, such as Board Member of Bridge Alliance (2016-present), Board Member of VA Dynamics (2014-present), Chairman of Kai Square (2014-2015), and Council Member of the Singapore Infocomm Technology Federation (2005-2008).

Soon Nam is a Nanyang Technological University graduate and holds an MSc. degree from the National University of Singapore.

Mr. Bharat Alva has served as Director of Information Technology since May 2019. His passion is to ensure each Telkomsel customer has the best digital experience by leveraging the best in technology also to attract and nurture the best digital talent in Indonesia.

He has over 30 years of leadership experience with leading global ICT technology solutions/service providers in Australia, Hong Kong, Thailand, India, and the USA. In his various senior leadership roles, he has focused on strategy, innovation, transformation, and seeking results that reflect business growth. Many of the products and services developed under his leadership have been recognized with industry awards for innovation and mobile solutions.

As Director of IT at Telkomsel, Bharat is actively driving the Digital Transformation for Telkomsel, in addition to being responsible for all aspects of IT.

Before joining Telkomsel, Bharat was Chief Information Officer at Optus Australia and responsible for all IT services in Australia. He also held various senior regional roles within the Singtel Group, including Vice President of Online and Enterprise Technologies, Head of Wireless Services, and General Manager of Advertising and Finance. He was responsible for leading strategic transformation programs in the areas of digitization, business support systems, business intelligence, analytics, automation, as well as value-added services.

He holds an Engineering Degree in Computer Technology from Pune University and has attended various global executive management programs.

Mrs. Rachel Goh has served as Director of Marketing from July 2019. She is a professional with almost 20 years of experience in the telecommunication and technology industry.

Rachel holds a Bachelor of Arts in Marketing and Mass Communications and a Master of Science in Telecommunications from Australia.

Mr. R. Muharam Perbawamukti, known as Endi, has served as Director of Human Capital Management since June 2020. He was previously Senior Vice President of Corporate Secretary at Telkomsel (2017-2020).

He earned a bachelor’s degree from Padjajaran University, Bandung. In 2019, he received the Satya Lencana Pembangunan medal from the Government of the Republic of Indonesia.